How big is Lake Kununurra?

Lake Kununurra, as it is known locally, is actually called the Upper Ord River. Lake Kununurra is 55km long and forms the middle section of the Ord Irrigation Scheme. There are two other sections to the system the top one is Lake Argyle and the bottom is the Lower Ord River.

What is the best season to fish?

Fish can be caught in Lake Kununurra all year round. The first few months of the year is the incredible wet season in the Kimberley and is when Kununurra’s receives its annual rainfall. Due to the immense runoff into the lake, the water turns a similar colour to choc milk and water temperatures in the lake sit well over 30 degrees. ‘The Wet’s’ storm cells or rainstorms are intense and the lightening and wind produced by these are not to be treated lightly when on the lake. Although the locals call the lake ‘soup’ at this time of the year the waterfalls falling into the lake and diverse wildlife in the area are really something else.

At the beginning of the dry season a pattern is emerging around the first cold snap of the season. The fish go into a feeding frenzy and anglers comfort increases as the daytime temperatures and humidity levels decrease. Winter is a great time to be on the lake with fishing staying consistent thorough the dry season. Kununurra’s peak tourist season is the dry season with the towns’ facilities bulging too. The fringe of the ‘build up’ of the wet season can happen from September to November and this is a great season to fish. The rainfall received during this build up brings a hive of activity to the lakes edges and it creates a buzz of excitement. As the temperatures rise so do the fish and the lead up to the full moon of these months are a key time to be on the lake.

ARE THERE SALTWATER CROCS IN LAKE KUNUNURRA?

The lake is known as a crocodile mitigation zone, so any crocs that were ever to get into the lake are removed or destroyed by DPIRD. However, thousands of freshwater crocodiles inhabit the lake. Please refer to DPAW’s website for more information.

HOW BIG DO THE BARRA GROW IN LAKE KUNUNURRA?

Thanks to the Lake Kununurra barramundi stocking program, 1m-plus barra are now caught on a fairly regular basis in the lake.

Some of the barra released into the lake through the stocking program have been recorded at more than 1m in length, just three years after they were released. In terms of the biggest barra in the lake, fish exceeding 130cm have been caught but, generally, most big specimens in the lake are about 120cm.

HOW MANY FINGERLINGS HAVE BEEN RELEASED INTO LAKE KUNUNURRA THROUGH THE RESTOCKING PROGRAM?

In July, 2021, a magical milestone was celebrated as the one millionth barra was released into Lake Kunnunurra!

CAN THE BARRAMUNDI ESCAPE FROM THE LAKE?

The barramundi can swim out of the lake. The Diversion Dam at Kununurra is made with a series of gates that remain open all year round and are opened or closed depending on the water level requirements of the Lake Argyle Hydroelectricity station, irrigation channels and the wet season rainfall. This means there is every opportunity for barra to enter the Lower Ord and possibly travel back towards saltwater to breed. During the wet season, when the Ord River is in flood, the gates are opened to manage the increased water flow giving the barramundi prime opportunity make their way down the river to breed. During this time of year, it’s natural for the fish to want to travel down and back up rivers. As a result, the Lower Ord has fished incredibly better since the barra stocking program began!

WHAT DO I DO IF I CATCH A TAGGED BARRAMUNDI?

If you’re lucky enough to catch a tagged barra from Lake Kununurra, be sure to contact Westag! Please contact the Westag team via the Westag Facebook page.

IS THERE A CLOSED SEASON FOR FISHING IN LAKE KUNUNURRA?

No there isn’t, meaning you’re able to enjoy the amazing barra fishing enjoyed in Lake Kununurra all year round.

HOW BIG A BOAT DO I REQUIRE?

Lake Kununurra can be fished with cartoppers, kayaks or 6m Top Enders... and everything else in between. Having a fuel range of at least 50km is essential, because there’s plenty to explore on the lake. The lake’s width, surrounding landscape, ridges and cliffs make for some spectacular and safe boating.

A good GPS/sounder combo with at least a 9” screen is recommended for sounding, scouting and identifying schools or individual fish. There is no mobile reception beyond the first gorge, so carrying a PLB or EPIRB is highly recommended. If you are boating in the months of, and fringing, the wet season be prepared for wet weather and intense storms.

IS THERE ANYTHING ELSE TO CATCH?

Lake Kununurra has a large population of catfish and sooty grunter, both making for great sportfishing as barra bycatch. Catfish, measuring more than 1m, are regularly caught in the lake and put up a great fight. The sooty grunter found throughout Lake Kununurra are brute specimens to about 40cm, providing plenty of fun for light-tackle fishers spinning topwater lures. 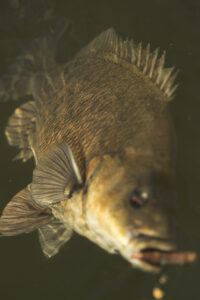 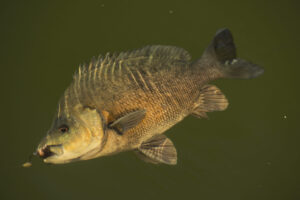 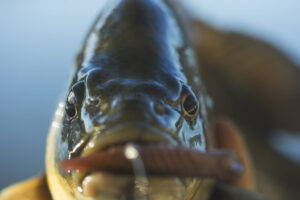 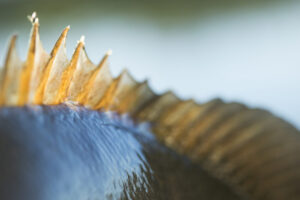 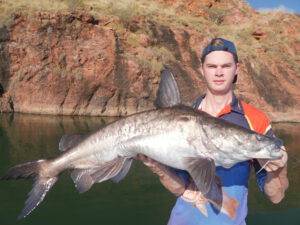 The State Government’s Department of Primary Industries and Regional Development (DPIRD) gazettes recreational fishing rules. If you want to know more, including fishing rules and regulations for Lake Kununurra, download the Recfishwest fishing rules app or visit DPIRD’s website via the links below.